All STM Group plc and its subsidiary firms use cookies to improve your online experience. They are placed on your computer when you launched this website. You can change your cookie settings through your browser. If you continue to use this site, you consent to our use of cookies. Privacy Notice. 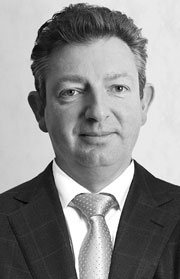 Alan Kentish trained with a Big 4 accountancy firm in the UK and specialised in financial services audits, qualifying as a Chartered Accountant over 25 years ago. He moved to Gibraltar in 1993, and joined the BDO firm as the founder of their insurance management division. Alan was at the forefront of developing the hugely successful Gibraltar insurance sector, and qualified as an Associate of the Chartered Insurance Institute as well as becoming a qualified Associate of the Institute of Risk Management along the way. The BDO member firm evolved into STM as part of the AIM listing in 2007, with Alan holding the office of Chief Financial Officer at that time, as well as navigating STM through the difficult financial crisis of 2008 and 2009. Alan became the director of business development in 2012 as STM moved into its growth phase, particularly in relation to its pension product offering, and took over as CEO in April 2016 as part of continuing to build the infrastructure of the business. Alan has served on numerous company boards, both regulated and non-regulated, but primarily in the financial services and insurance sector, including a main subsidiary board of a FTSE 100 company.